Tickets for this concert will be sold through New World Center’s Box Office. 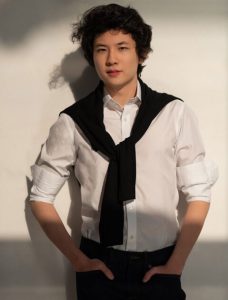 Tony Siqi Yun, the First Prize winner and Gold Medalist at the First China International Music Competition, was born in Toronto, Canada in 2001. Tony is a recipient of the Jerome L. Greene Fellowship at the Juilliard School where he studies with Professors Matti Raekallio and Yoheved Kaplinsky.

With playing that combines poetry and elegance, this fiercely charismatic young pianist is already being invited to perform at major venues on the world stage, including upcoming debuts at BOZAR, the Luxembourg Philharmonie, Hamburg Elbphilharmonie, Museum Kunstpalast Düsseldorf, NDR Hannover, Leipzig Gewandhaus, and in Weimar.

This young pianist can already look back at an extraordinary concert career. In 2019, he made his debut with the Philadelphia Orchestra and Yannick Nézet-Séguin in the final round of the First China International Music Competition, and has since been invited to perform with Nézet-Séguin in North America. His outstanding debut with the China Philharmonic Orchestra at the Third Polish Culture Festival led to an invitation to tour with the orchestra in 2015. Yun appeared with the China Philharmonic Orchestra again in the 2018-2019 season including the 2019 CCTV New Year’s Concert. In 2018, Yun successfully collaborated with the Cleveland Orchestra at the final round of the Thomas and Evon Cooper International Piano Competition and won First Prize and the Audience Prize.

As a soloist, Yun has given recitals in North America, Europe and Asia. Highlights include recitals at the renowned Salle Cortot Concert Hall in Paris, Opera & and Concert Hall of CCOM, The Juilliard School, New York’s Steinway Hall and at the Heidelberger Frühling Music Festival.