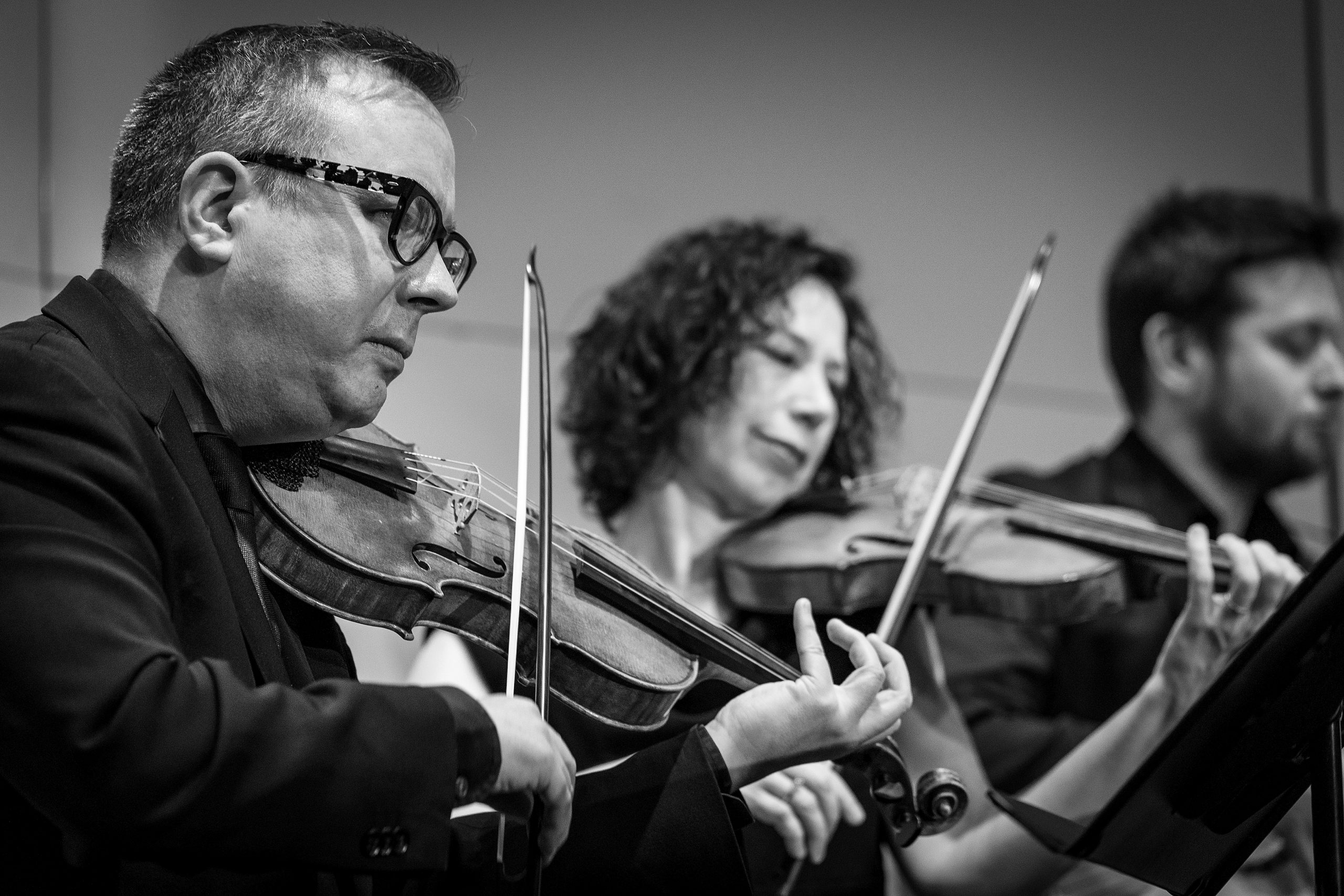 Founded in 1997 by Baroque scholar and harpsichordist Andrea Marcon, the Venice Baroque Orchestra is recognized as one of the premier ensembles devoted to period instrument performance.

Find out more »
Time for Three

Defying convention and boundaries, Time For Three (TF3) stands at the busy intersections of Americana, modern pop, and classical music. To experience TF3 live is to hear the various eras, styles, and traditions of Western music fold in on themselves and emerge anew.

Echoing Air is a dynamic ensemble specializing in the repertoire of the English Baroque, with an emphasis on chamber works featuring countertenor voices with baroque ensemble.

Siqueira Lima is one of the most prestigious guitar duos of present time.  With performances that joins the classic to the Brazilian instrumental, they are recognized worldwide for technical virtuosity, interpretative, perfect harmony and by their daring and original arrangements for two guitars. During a recent tour in the United States the duo stood out […]

The Turgeon’s prizes and awards include first prize in the Sixth International Schubert Competition for Piano Duos (Czech Republic, 1995) and first prize in the prestigious Murray Dranoff International Two Piano Competition (Miami, 1997). They received additional special prizes at the Dranoff, including the award for best performance of works for one piano, four–hands, and a special award for best performance of the commissioned work "Chiaroscuro", by John Corigliano. The latter prize included an opportunity to complete a world premiere recording of Chiaroscuro, which American Record Guide described as having "hypnotic intensity".